Eighty-five percent of homes in America have hard water. That’s a staggeringly large number! And yet there are a huge amount of water softener systems out there for you to choose from.

Since there are so many options available, we aim to break it down for you a little bit by comparing two favored household brands: Pelican and Aquasana. Both are very well-liked and both have different options to meet varying needs.

We’ll start with Aquasana. This company was founded in 1998 and has its headquarters in Austin, Texas. Even though it’s relatively new to the game, it sells one of the most popular water softening systems in America.

Questions to Ask Yourself Before Choosing a Water Softener

Trying to decide which will be the right choice for your home and drinking water can be overwhelming, as there are so many different aspects to consider. Here is a list of questions you should ask yourself before committing to one type of softener or another. 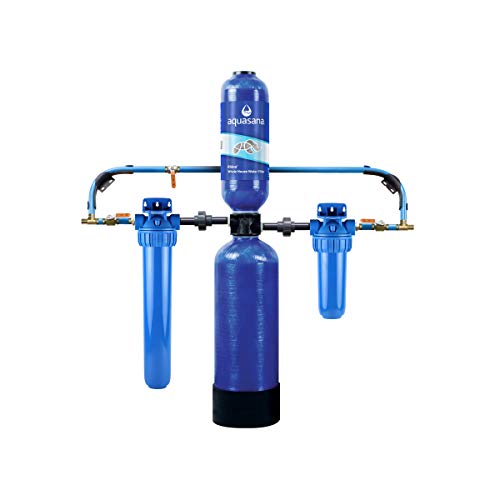 This is a whole-home water softener filtration system. The added water filter conditioning system is not salt- based, so it won’t release salt or harmful chemicals into the environment. Further, an added UV light kills bacteria, contaminants and viruses, which is especially helpful if you are on well water.

A softener water filtration that doesn’t use salt allows for healthy minerals like calcium and magnesium to stay in your water, and as a plus, it is also suitable for sodium-reduced diets.

Non-salt based softeners use technology that causes the water-hardening minerals to flow through your pipes, faucets and water-based appliances without causing scale buildup, thus prolonging their life. You’ll also see and feel a difference in your skin, hair and clothing.

This system also comes with three different options at various price points. Your choice will vary depending on your need and what kind of system you have.

This is a salt-free water conditioning system with a UV filter, made specifically for well water, as opposed to clean water. This is a 5-year, 500,000 gallon filtered water system.

This Pelican water softener system uses ion-exchange, where sodium or potassium ions are exchanged for calcium and magnesium. The salt is then flushed out of your system via the drain. This is ideal in that it genuinely softens your water, removing the minerals that make it hard in the first place. The benefit of a salt-based Pelican water system is that your water will be softened instead of just treated. These are sold in two different sizes: a 600,000 gallon or 1-3 bathrooms, or a 1,000,000 gallon or 4-6 bathrooms.

Price points for the salt-based systems are as follows, at time of publication:

This Pelican water filtration system boasts a scale reduction rate of over 99% according to their site. This is a choice for those who prefer not to use salt or potassium chloride in their system. Although non-salt softener systems don’t remove the minerals that cause scale and hardness in their water, this method does effectively “soften” the water by preventing the minerals from adhering to surfaces such as appliances, sinks, pipes, hair, skin and clothes.

Pelican water sells two models of whole-home water softening systems in their salt-free line. One is the straightforward model and one has the addition of a UV light to kill bacteria and viruses. Both are available in two sizes, broken down by the number of bathrooms you have in your house, 1 to 3 which is 600,000 gallons, or 4 to 6 which is 1,000,000 gallons.

So, which filtered water system is better? A more accurate question would be, which one is right for you? There are certain states, such as California and Texas, that have banned salt-based water softeners for environmental and infrastructure reasons.  So, you will definitely need to be cognizant of what your area allows in terms of water softener treatment.

There is no final answer as to which water treatment system is better. Pelican is more expensive, but its longer warranty and “set-and-forget” technology just may be worth it.

It really depends on what your water is like, to begin with, what you are trying to achieve with a water-treatment system, and your budget. Consumer reviews should usually be taken with a grain of salt, as there may be extenuating circumstances that cause negative results.

In the Aquasana vs Pelican water filtration system question, both of these softener systems are highly rated. Both are fairly expensive, although much less so than some others that are out there, and certainly less so than bottled water!